The European Senior Tour has a schedule and an ethos that any golfer would be envious of – travelling around Europe, enjoying fierce but friendly competition, playing on some of the finest courses you could imagine. And best of all? It all leads to a grand conclusion on the Indian Ocean island of Mauritius.
Hang on – sound familiar?
It should do. Because if the European Senior Tour has it lucky, with a potent blend of rivalry, fun, great courses and a superb finale, so too does the Golf Guide Race to Mauritius. 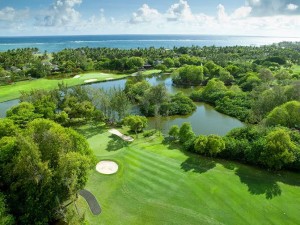 The 2015 European Senior Tour season had been much like 2014 in one resounding respect: Colin Montgomerie has dominated it. In fact, it would be safe to say that the 52-year-old Scotsman has been reinvigorated since hitting the senior section.
We all remember that he dominated the European Tour for 15 years from the early 1990s, winning eight Order of Merit titles, but the last of those came in 2005. There was a brief return to competition, albeit in the form of his captaincy of the European 2010 Ryder Cup team, but Monty missed the buzz – his life lacked cut and thrust of being in contention.
If you hadn’t guessed as much, his results since celebrating his half-century have more than proved it. Put simply, Monty is a golfer reborn, claiming three senior major championships in the States and taking his home tour apart in a manner that echoes his success on the European Tour.
He travels to Mauritius having claimed seven European Senior Tour titles in just 15 starts over two and a bit years. With two wins this year he is already assured of lifting the John Jacobs Trophy, awarded to the number one player on the Order of Merit, but he’s hungry for success on an island where his two previous visits have both reaped frustrating results.
“I have finished sixth here for the past two years,” he says, “so an improvement on that would be nice. But irrespective of where I finish, I am sure I will enjoy the tournament because it is a beautiful place and a wonderful week. “I and my family have had a fantastic time on our two trips to Constance Belle Mare Plage and we’ve been treated like royalty. The service and hospitality have been second to none so we’re all looking forward to returning.”
It’s a theme that is repeated by Englishman Paul Wesselingh, unsurprisingly perhaps because he has the chance to complete an unprecedented hat-trick of titles having won in both 2013 and 2014.

Wesselingh’s story is an inspiration for every golfer from hacker to professional because he never once gave up the dream of competing at the highest level and of making the most of his love of golf.
“I played off 12 as a 16-year-old,” he explained after his first win two years ago. “I trained as an accountant but it wasn’t for me. I wanted to be a club pro and I also gave European Tour Q School a bash but I wasn’t good enough.”
He refused to let the dream slip however and when he noticed his game mature in his early 40s he swiftly targeted the Senior Tour, improving his fitness and honing his competitive instincts on the minor tours. The commitment has proved worthwhile as he became Rookie of the Year in 2012, won the Order of Merit 12 months later and arrives in Mauritius still high on the experience of not only taking on his idols but beating them.

“All levels of golfers have said I’ve motivated them,” says the Lancashire born http://bestacnedrug.com golfer, “and I hope so. Golf is a sport that always offers a challenge.”
He’s also aware that he has a secret weapon at Constance Belle Mare Plage. “The sea,” he laughs. “I have a swim before the round and then I have another one afterwards. It’s one hundred yards from the first tee to the sea, with my room in between – why wouldn’t you?” 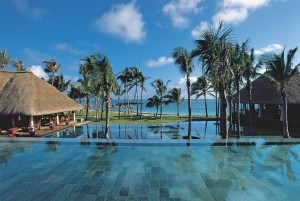 Like Wesselingh, amateur golfers can always aim higher. And also like Wesselingh they can aim for a prize in the middle of the Indian Ocean. 2015 saw the first ‘Golf Guide – Race to Mauritius’ in partnership with golf holiday experts Chaka Travel, who since 1995 have sent more golfers to Constance Belle Mare Plage than anyone else in the world.
This year’s Race to Mauritius saw Rob Cooper and Luke Eustace emerge victorious and their prize is an all expenses paid trip to Mauritius, staying at Constance Belle Mare Plage – Yes, the very resort which the legends of European Tour golf head to at the end of every season!
Like those top senior professionals the Race to Mauritius first makes it way from one great venue to another – from the rock and roll associations of The Astbury to the history of Hillside and Hesketh, from Silloth on the west coast to Hexham on the east coast, from Open Championship qualifying courses to the home of golf itself.
It’s a blend that the seniors would recognise and appreciate. It provides the opportunity to enjoy the heat of battle that Montgomerie missed, the chance to make the most of your game that Wesselingh has enjoyed, and the prospect of a great golf resort at the end of it. 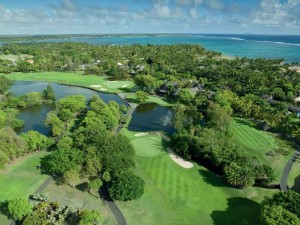 The Legends Course which hosts the MCB Tour Championship is a tight and technical layout that is perfectly suited for the canny golfer. Tee shot accuracy is at a premium and yet length can pay because the four par-fives can each be attacked by the long driver.
If it is smart to stay straight from the tee, it also pays to keep your eyes open to your surroundings because there are not many courses that boast vivid red flame trees as the backdrop to greens, or witness a herd of java deer cross the final fairway to take a dip in the lake, or be offered the unlikely (but genuine) refreshment of tamarind, plucked fresh from the tree by your caddie when you stray from the fairway.
Unlike any other resort on the island Constance Belle Mare Plage boasts a second course, the Links, and whilst it is not a links layout that any wizened Scotsman might recognise, it offers a subtly different test to the Legends.
The Links is wider from the tee, with bigger greens and rolling terrain that was formed by volcanic eruptions of the long distant past (indeed some shots will be played over volcanic outcrops and lava tracks).
Put together the courses offer a great challenge, with views of the island’s mountains and the lagoon that sits alongside the resort. 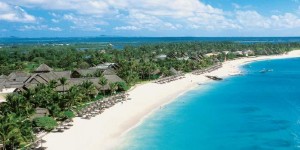 Throughout the week of the MCB Tour Championship, the two courses play host to a series of amateur tournaments, in addition to the Senior Tour finale. The result is something of a festival of golf that echoes the Race to Mauritius. Golfers from across the world flock to the resort that week, testimony to the quality of the courses and the hotel – and proof that the Race to Mauritius prize is worth winning. Get in touch with the Golf Guide or Chaka Travel for more information.

Theme by Anders Noren — Up ↑