THE INN ON WOOD LAKE 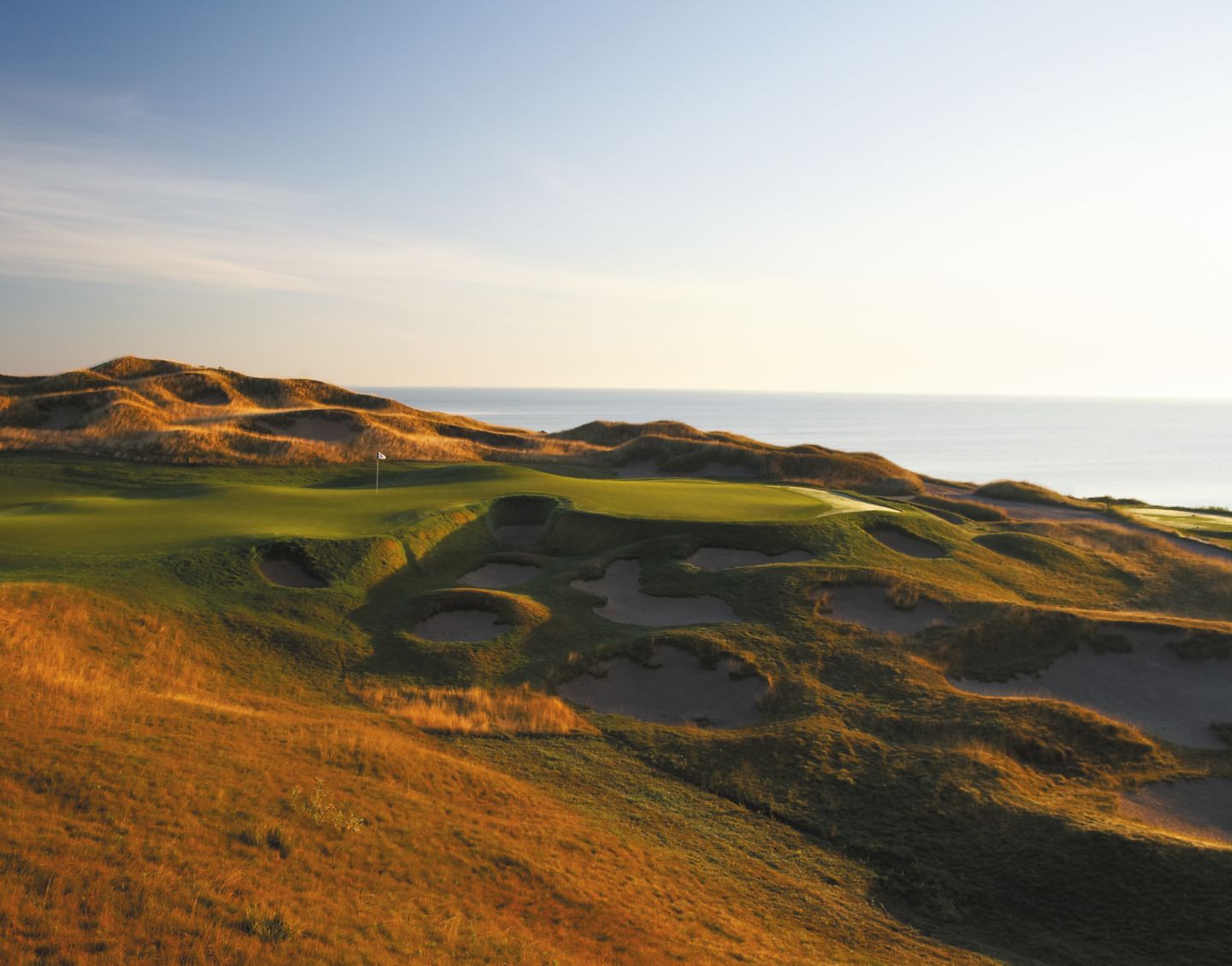 Following an extensive renovation the Inn on Wood Lake continues is fine reputation as one of the premier accommodations in the Midwest. Offering five distinct rooms types including the spacious and lavish Woodlake Suite, there is something to suit all tastes and no matter which room you opt for you will find yourself in supreme levels of opulence and comfort. Each guestroom features luxurious furnishings and all the modern conveniences you would expect from a top class hotel including 42 inch plasma HD TVs; perfect for a night in with a bottle of wine and a movie.

The construction of the Straits Course involved moving hundreds of tonnes of earth as the course was actually built on land formerly used as an airfield. The result is a rugged, wild and windswept course featuring distinct links accents, as if it has been air-lifted in from the UK or Ireland and placed carefully on the shores of Lake Michigan.

While it may not be a traditional links course in the Scottish and Irish sense, the Straits is rugged, open and wild, and with a seemingly endless procession of bunkers in every direction you look, avoiding the sand is a monumental challenge in its own right. Just ask Dustin Johnson who fell afoul of a ruling after grounding his club in one of the courses countless sandy areas, eventually costing himself a place in the 2010 PGA Championship playoff which was eventually won by Martin Kaymer.

Pete Dye already had a number of the world’s best golf courses in his design portfolio before his stunning creation at Whistling Straits had come to pass. The likes of the Teeth of The Dog Course at Casa de Campo in the Dominican Republic, as well as the world famous Sawgrass Stadium Course in Florida outline his design prowess and the Straits Course certainly lived up to his mighty reputation.

With a blank canvas and a hefty design budget, Dye managed to turn a flat, uninspiring airfield into one of the world’s most beautiful courses; a pinch of Ireland here, a sprinkling of Scotland there. In fact according to Dye himself, building the Straits Course was a “once in a lifetime thing” which, when you consider the quality of his other design projects, is testament to the amazing test of golf that awaits travelling golfers in Wisconsin.

Dye’s creation was most recently on display at the 2015 PGA Championship, where the Straits Course proved to be the ideal stage for the best players in golf to display their skills. After a customary fast start from Dustin Johnson and a chance to see the top two players in the world, Rory McIlroy & Jordan Spieth, in the same group for the 1st two days, Jason Day finally landed his maiden major championship after an emphatic display over all four rounds which eventually saw him finish at -20; a new record score in relation to par at a major.

Set just inland from Lake Michigan, The Irish Course at Whistling Straits is much more than just a “decent second” course, offering visiting golfers a different yet equally enjoyable test of golf as that of the Straits Course.

The Irish sits adjacent to the Straits Course so it does offer a handful of lake views, just not as many as its more illustrious sibling. Like the Straits Course, it’s also exposed to the wind but to a lesser degree and being another Pete Dye design, it also offers plenty of challenges!

These challenges come in the form of elevation changes and undulating fairways, a handful of meandering streams which dissect the course, as well as other individual water hazards and sandy waste areas, all of which have been cleverly placed by Dye and appear quite intimidating to the golfer.

It is suggested that higher handicappers might actually enjoy their time playing the Irish more than the Straits Course. Landing zones are more generous and in general, it offers a less demanding test than its older sibling. Like the Straits Course, there are plenty of memorable holes on the Irish so pack the camera for this one too!

Sign up for our weekly offers direct to your mailbox & Win!

Be in with a chance of winning a TaylorMade R15 Driver when you sign up. We’d love to send you our news and latest offers, we will always treat your details with the utmost care and will never share them.

Here is what we usually send out, view our newsletter archive.

You have Successfully Subscribed!

You have Successfully Subscribed!